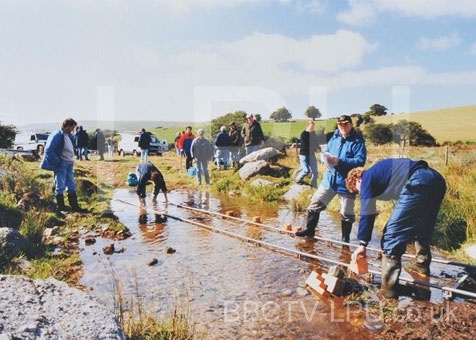 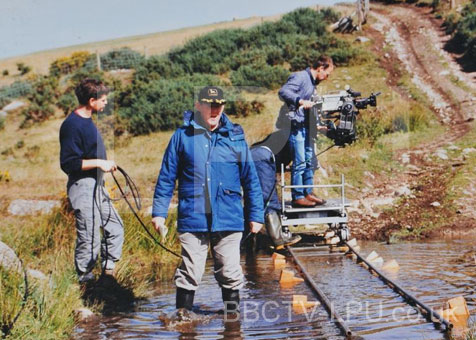 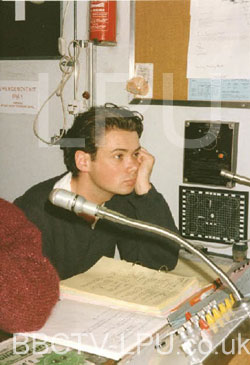 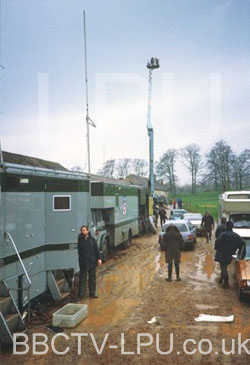 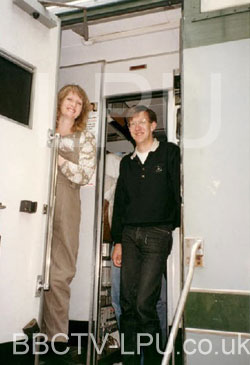 With thanks to Dave Roll for forwarding this link, some interesting location pictures showing scenery and special effects for ‘Blott on the Landscape’ can be found here:- http://www.deddington.org.uk/gallery/v/BlottontheLandscape/

The BBC LPU unit in the desert? Well, a sand quarry near Wareham, Dorset actually!! The production was Beau Geste, summer of 1982. The Falklands War was at its height. Ian Leiper, the sound supervisor, was getting fed up with takes being ruined by the sound of heavy gunfire from the army tank firing range at Bindon some miles away, a runner was dispatched to ask the army to hold off for a while, the runner was told in no uncertain terms :- DON’T YOU KNOW THERE’S A WAR ON, GO AWAY!!!!!

Pictures of us having a snooze ZZZZZZZZZ were taken on a night shoot when we were doing “Life and Loves of a She Devil”. This was recorded on Beachy Head at the Bel Toute lighthouse and also at Swindon, on board Concorde (grounded) and a day trip to Geneva. It was based on the novel by Fay Weldon – Dennis Waterman and Patricia Hodge both starred in it.

I worked as a rigger/driver – grip for 5 years on OB drama with the LPU. Programmes as diverse Z cars (the last series), Survivors, The Mayor of Casterbridge, Henry VIII…..oh, loads. This was 1976 to 80/81 maybe. I remember the Radiophone in the lobby as we would extend the aerial up high so we could keep in touch as we were away for months at a time. Goodness knows what it cost for a call.

It drove really well in those days. I remember the caption scanner in the cab was a nuisance – always hitting my elbow against it when changing gear. I was pleased when it went and we used a caption roller set up somewhere.

It was always driven mindful that I had all the programme tapes in the back, scenes were put on the tapes mostly in story order, so the drama recordings were sometimes carried about for months with no copies: Imagine the stick I would get from the blokes if I had an accident in the truck. We could have all been out of work for weeks!

KCR 40 cameras with TV 36 cable, I always remember the high volts were up pin 13 – a nasty shock in the wet! 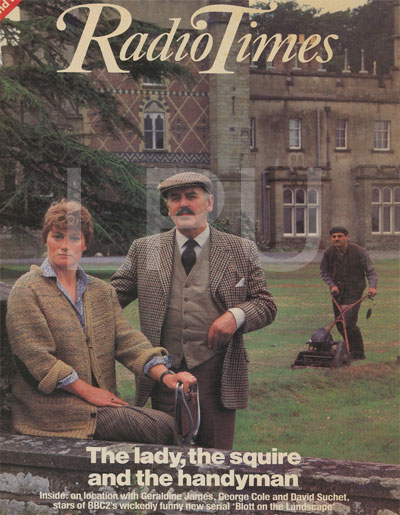