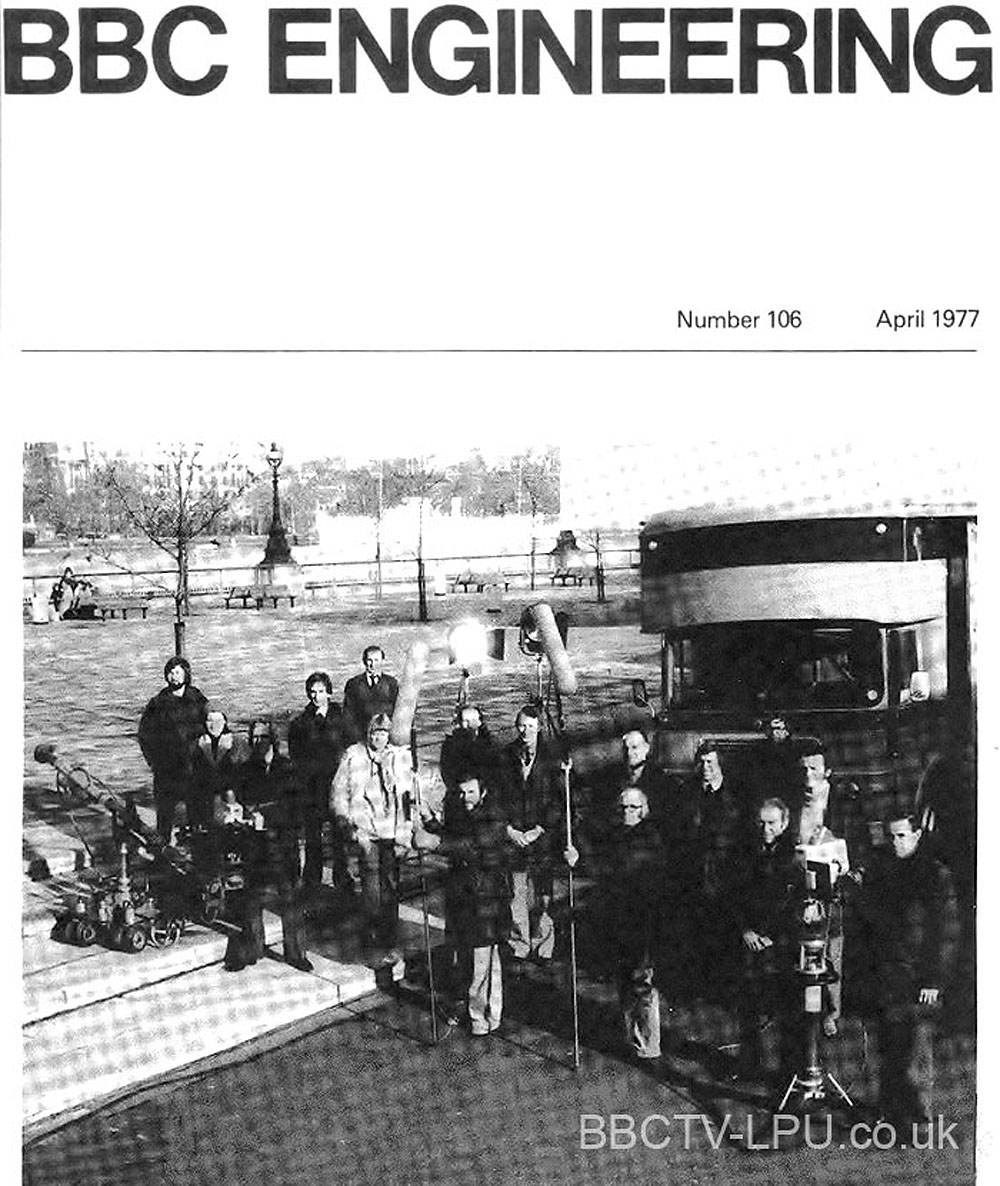 The picture of the LPU crew was taken in the grounds of The Queen Elizabeth Hall (The Southbank Centre) on the south east side of Waterloo Bridge, London. The whole project was to publicise the unit. The article was also published in America and Japan.
In the photograph, from left to right are:- Peter Thomas Vision Engineer (Racks), next – unknown girl. At the camera Alan Hayward, behind is Alan Throup VT Engineer, next to him possibly a Lighting man, girl in front probably a secretary production assistant?, behind her on the right Anthony Blandford Vision Engineer, in front Peter Baily Sound Assistant, behind him with hands clasped is Brian Strugnell Sound Supervisor, immediately on his left is the Rigger Driver Supervisor (key grip in the film world) Morris Winton, in front is John Cox with the prominent “Cox Rod” behind is rigger driver Dave Deerlove, behind him immediately in front of the truck is Alan Woolford Engineering and Lighting Manager, in front by the camera is George Fey Rigger Driver behind him is Phil Thomas Vision Engineer, and on the left side of the camera is Charlie Snare, Cameraman.
(If anyone can help complete the missing names please do get in touch)

After that I spent three weeks in base at Kendal Avenue preparing the LPU for the road from March the eight 1976. As Anthony Blandford says we did RFI tests at Brookmans Park on the 29th of March 1976 the next day we went to Crystal Palace, Norwood, South London for more RFI tests. The 30th of March 1976. The First Use of the unit was at Chelsea Football Ground on Saturday 3rd of April, but only the cameras were used behind the goalpost. The producer, the late Alec Weeks, (of Match of the Day) was thinking ahead. The LPU’s FIRST actual programme was “Survivors” this being the second series from Callow Hill Farm near Monmouth, South Wales starting the rehearsal/recording on the 6th of April at 12.30 pm. – we made the whole series from there. We had a standard booking with the Kings Head Hotel in Monmouth for five nights a week and then we would return home. During one of the breaks on May the First we worked on the Football Cup Final at the Wembley Stadium and on the following Monday we returned to Monmouth for another week of “Survivors”. We made Z Cars for most of the summer around the London area. On January 1st 1977 we were working on “The Flaxborough Chronicles” in Boston Lincolnshire, in the cemetery all day, Frank Hudson, the cameraman, spent a lot of time down in a grave looking up with his camera as part of the story. In the evening we spent the time indoors in the crematorium! Later in 1977 we again made “Survivors” this time near Hereford at Hampton Court. The following year, as part of the “Survivors” series, our location work involved being based at a Hydro-electric power station in Glenlyon, Scotland. 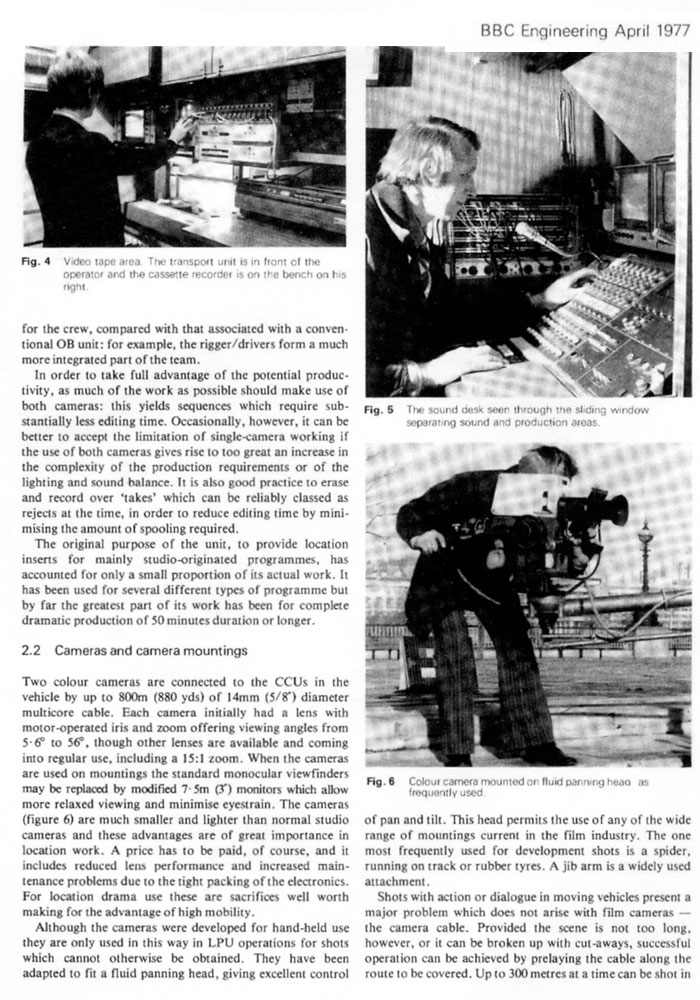